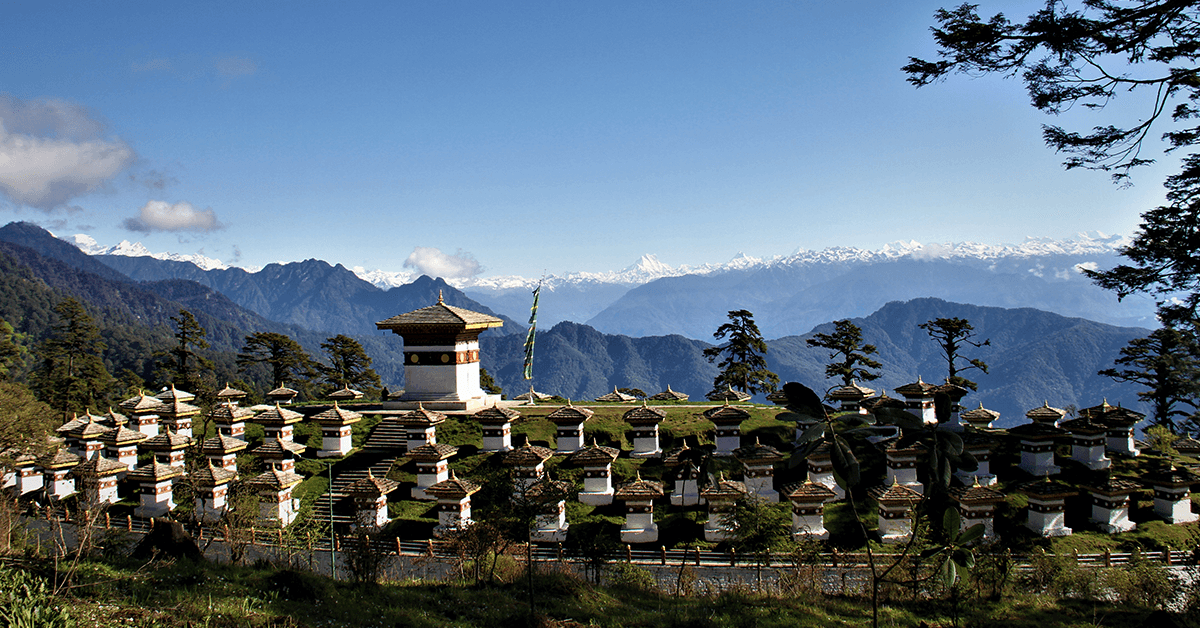 Why Bhutan should be your next travel destination

By Guest Contributor  •  1 year ago

Cultural authenticity stems from its long period of uninterrupted isolation from the rest of the world. During this period of time, people in Bhutan learned to adapt to its inhospitable environment at the time and fed on what nature provided. This set the Bhutanese on a journey of brewing an authentic way of life. The journey was accompanied by incremental improvement and adoption of new ways of doing things along the way, consistently refining the Bhutanese way of life.

The influence of Buddhism is rooted deep in the Bhutanese culture, inspiring certain groups of people to pursue enlightenment. For those not as fanatic, it serves as a disciplinary remedy instilling a sense of moral conscience.

People in Bhutan have a traditional dress code. Men wear a knee length robe and women wear an ankle length dress. In the efforts of preserving its unique culture and tradition, the dresses are worn during business hours, while visiting institutions and school. Dzongkha is the national language. It roughly translates to the official language used by the officials in the Dzongs (Fortress). It is taught as a mandatory subject in schools and the National Parliament proceedings are held in Dzongkha.

A visit to the country side offers an authentic experience of the Bhutanese culture. Festivals, animism inspired rituals and celebrations are an ideal time to experience the local culture. Celebrations usually entail food, alcohol and folk dances. 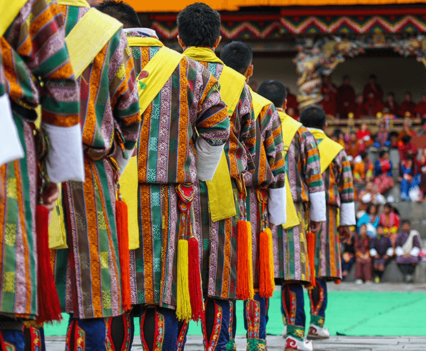 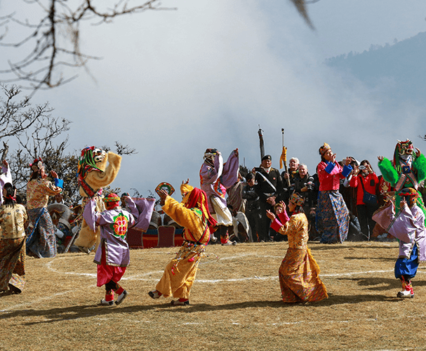 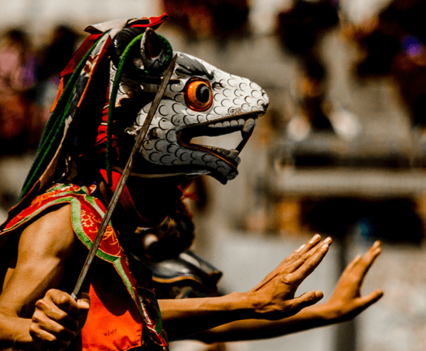 Caught in the middle of this experience, an outsider would truly feel that he or she has arrived in a new world.

The unification of modern day Bhutan in the 17th century was marked with the construction of colossal fortresses locally known as Dzong across the country. Their commanding presence symbolized the recognition of a single rule and authority. Architecture enthusiasts might be surprised to learn that the Dzongs were constructed without a blue print or use of nails and what might be deemed as a failure of compliance to modern day engineering best practices, these fortresses have stood the test of time since the medieval period, with most of them remaining functional to this day.

Dzongs by tradition served as the seat of central and district civil administration and also housed the central monk institution. Within the high rising walls of the Dzongs, it was standard to have a central tower which usually housed sacred shrines and several other temples and prayer halls adorned with giant statues depicting Buddhist saints and gods. It is also interesting to note that the choice of the location and the design of the Dzongs were strategic. The construction of the Dzongs happened at a time where Bhutan was under the threat of foreign invasion. Thus most Dzongs are built on a ridge inaccessible from all sides except the entrance which was heavily guarded by towers and the high rising walls made it impenetrable maintaining the structural integrity. Dzongs continue to serve their traditional roles including hosting the popular mask dance festival in the open courtyards within the premises of the Dzongs.

Secluded locations that offered intimate connection with nature and away from human contact were some of the conditions serious meditators sought in the ancient days. These locations are generally occupied with ancient shrines and small housing complexes for the meditators and the monks.

Peasants supported the monks by offering essential supplies such as food and clothes and during the auspicious days, they would make trips to the temple to make offerings to Gods. The ancient trails that connected these isolated areas from the closest village ensured that Dharma practitioners never ran out of supplies while peasants could feel good about themselves because they believed that offering donations for a religious cause earned them good merits. The medieval tradition continues to this day and the trails are becoming popular amongst locals and tourists. Hiking in Bhutan generally offers total immersion into nature and is usually at a significant altitude, which offers spectacular views of the valley below, a blissful moment of solitude for hikers.

In a land where people are culturally taught to be content in life and constantly reminded about impermanence, which is one of the fundamental tenets of Buddhism, a sense of calm seems to prevail in the air. Often mistaken for laziness, people in Bhutan are generally relaxed and accepting for whatever circumstances they find themselves in.

Although no longer isolated from the global community, for most Bhutanese, their lives do not span beyond their secluded village nestled somewhere within the mountain valleys, highlighting the simplicity of their lives. For them, global issues such as economic recession, the election of the leader of the free world or the global super power race,  is no more important than what they are going to eat for dinner. Ignorance really is bliss in this part of the world.

From the moment you begin to descend to Paro airport, the experience of soothing traditional music playing in the cabin as the wings of the plane gracefully glide through the mountains is known to induce a sense of tranquillity. If you let it, the pristine environment, the simpler way of life and the content and happy locals can cast an overhead shield that is impervious to stress, anxiety and the insatiable materialistic desires of capitalist societies, offering anyone a true getaway. 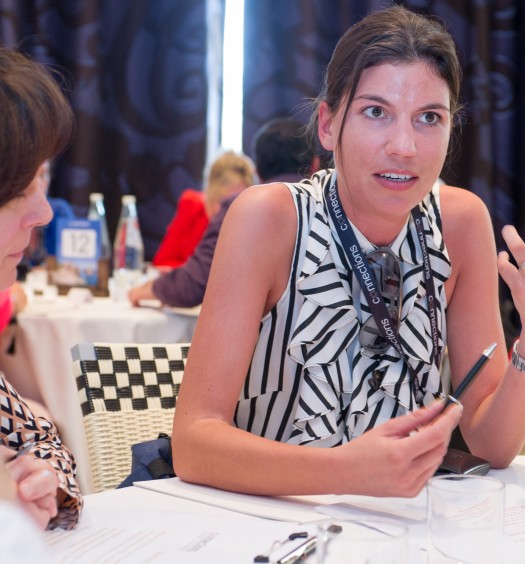 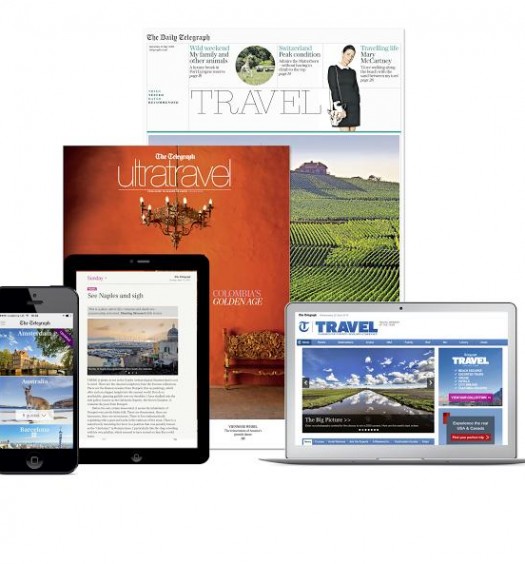